The Lair is in Sight! 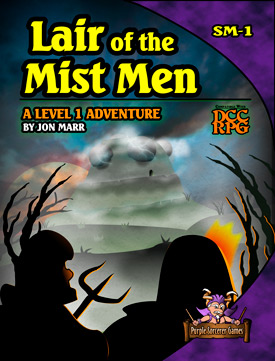 The day has come when you can finally confront an enemy previously cloaked in mist, hidden and impervious to retaliation. For the past 3 months, strange creatures known as Mist Men have plagued your village and roads, striking without warning or apparent purpose, only to vanish into the mists from whence they came. After their latest raid, however, they left something behind: a talisman found by a farm boy that will guide you to their hidden lair. Finally, questions will be answered, and revenge will be yours to savor!